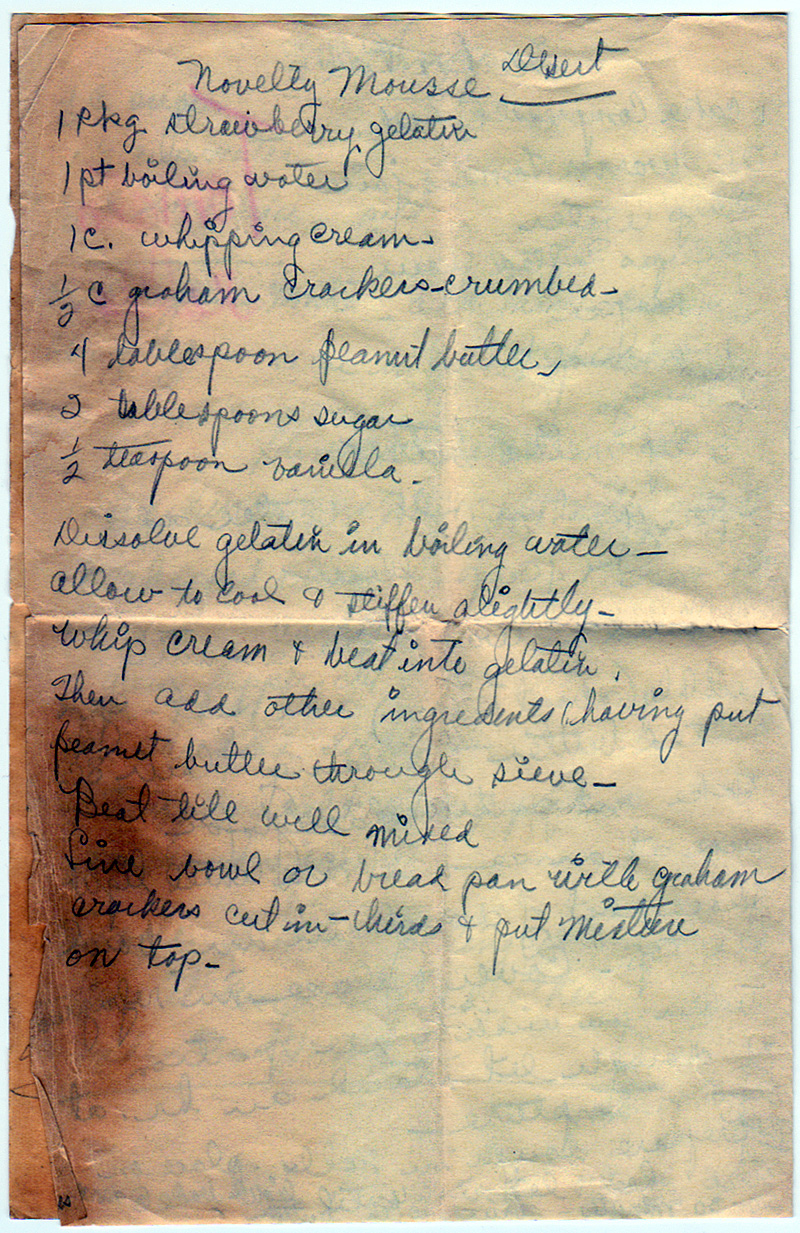 A traditional mousse is cream enriched with eggs and butter. But the gelatin-thickened whipped cream mousses became popular in the 20th century because of their ease of preparation. I’m curious to try this one.

And semi-obviously, you probably don’t need to pass creamy peanut butter through a sieve. I’d suggest beating it with a tablespoon or two of milk or cream to make it easier to incorporate, but that’s about it.

Whip cream and beat into gelatin. Then add other ingredients (having put peanut butter through sieve). Beat till well mixed.

Line bowl or bread pan with graham crackers cut in thirds and put mixture on top.