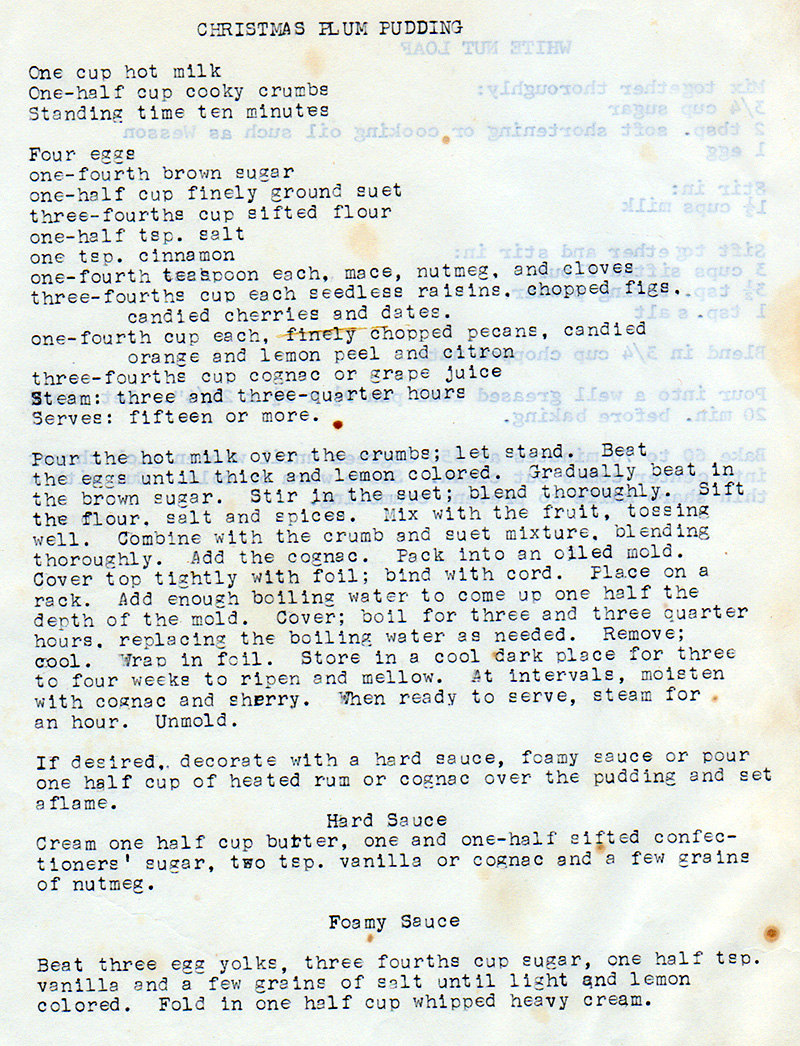 Why no plums, you may ask? Plum pudding dates to the 17th century and came into its own in the 18th century, when the word “plum” was used to refer to raisins.

Pour hot milk over the crumbs; let stand. Beat the eggs until thick and lemon colored. Gradually beat in the brown sugar. Stir in the suet; blend thoroughly. Sift the flour, salt and spices. Mix with the fruit, tossing well. Combine with the crumb and suet mixture, blending thoroughly. Add the cognac.

Pack into an oiled mold. Cover top tightly with foil; bind with cord. Place on a rack. Add enough boiling water to come up one half the depth of the mold. Cover; boil for three and three quarter hours, replacing the boiling water as needed. Remove; cool. Wrap in foil.

Store in a cool dark place for three to four weeks ot ripen and mellow. At intervals, moisten with cognac and sherry. When ready to serve, steam for an hour. Unmold.

If desired, decorate with a hard sauce, foamy sauce or pour one half cup of heated rum or cognac over the pudding and set aflame.

Cream one half cup butter, one and one-half sifted confections’ sugar, two tsp. vanilla or cognac and a few grains of nutmeg.