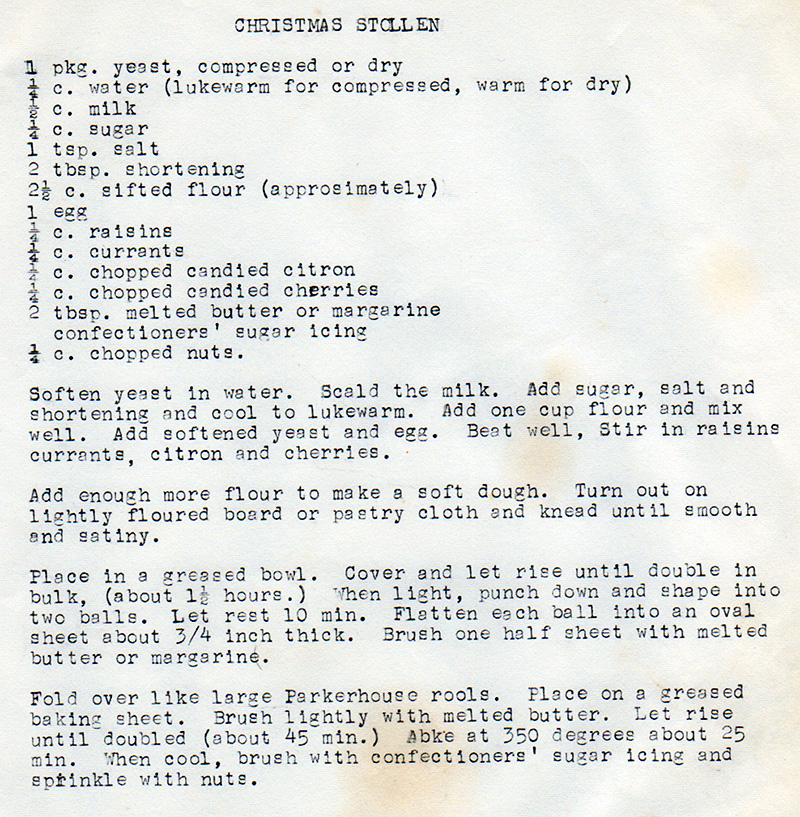 Stollen is a German fruitcake that’s exceptionally light and moist. It dates to the 15th century, and there’s a curious bit of history about it. The Holy Roman Empire was an elective monarchy, which meant that the monarchs (at least formally) were elected by prince-electors.

Add enough more flour to make a soft dough. Turn out on lightly floured board or pastry cloth and knead until smooth and satiny.

Place in a greased bowl. Cover and let rise until double in bulk (about 1 1/2 hours). When light, punch down and shape into two balls. Let rest 10 min. Flatten each ball into an oval sheet about 3/4 inch thick. Brush one half sheet with melted butter or margarine.

Fold over like large Parker house rolls. Place on a greased baking sheet. Brush lightly with melted butter. Let rise until doubled (about 45 minutes). Bake at 350 degrees about 25 min. When cool, brush with confectioners’ sugar icing and sprinkle with nuts.