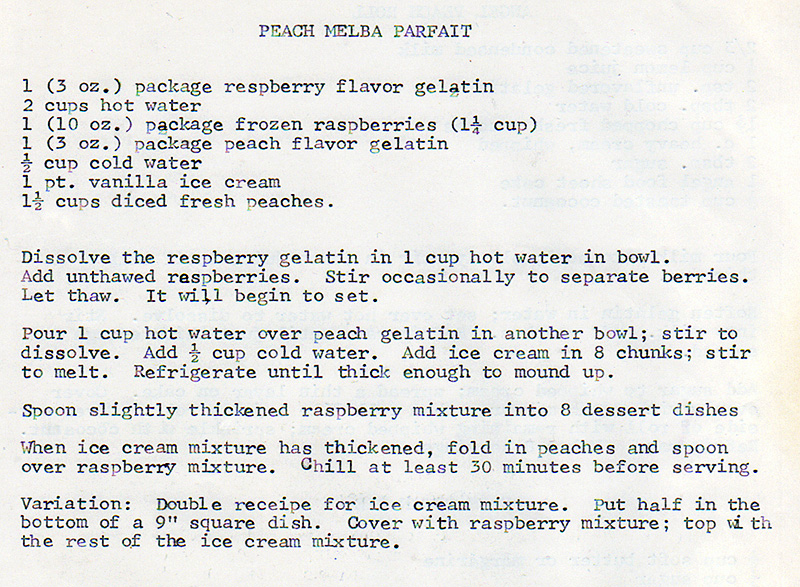 The peach melba (sans parfait) is an Escoffier original. In the early 1890s, Escoffier topped vanilla ice cream with peaches for Nellie Melba, an Australian opera singer. Supposedly, she loved ice cream but believed eating cold things could harm her vocal chords, so he made a dessert that wasn’t quite as cold. Later, when making the dessert for the Carlton hotel, he topped the peaches with raspberry puree.

Gelatin was not on the menu. Actually, globally speaking, fruit-flavored gelatin is considered something of an abomination. Given that it’s an animal-derived product, most places haven’t rushed to make it berry flavored.

When ice cream mixture has thickened, fold in peaches and spoon over raspberry mixture. Chill at least 30 minutes before serving.