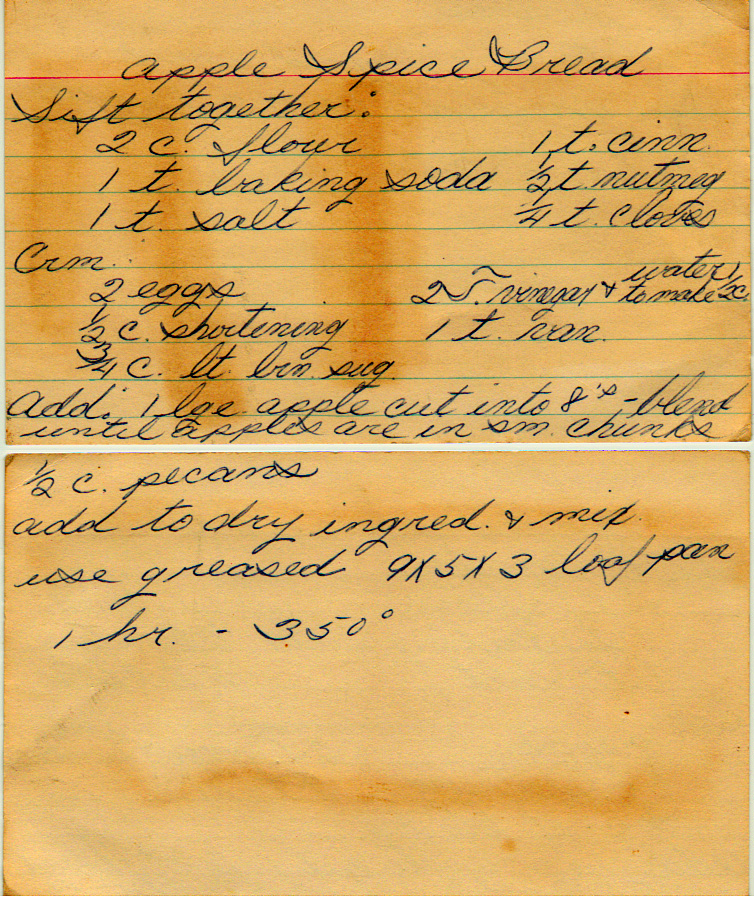 Why so many apple recipes, you may ask? Michigan is the third biggest apple-producing state, making about eight percent of our domestic crop; Washington State produces 59% and New York about 10%.

Both because of population density and the way the industry has developed in their respective states, your average Michigan orchard is smaller and closer (proximity-wise) to communities than your average Washington State orchard. (Consider this rough, back-of-the-envelope math: if there are about 4600 orchards in Washington producing about 59% of the domestic Apple crop, then each orchard is producing just over a hundredth of a percent of the nation’s apples. The 1100 growers that produce Michigan’s 8% contribution are contributing just over seven thousandths of a percent.

So per fruit, Michigan has more people motivated to sell you apples, even if it doesn’t produce as many. Perhaps also why, at least in the 2000s, Michigan had the most fruit stands and farmer’s markets selling apples.

Add: 1 large apple cut into 8ths; blend until apples are in small chunks.

Add to dry ingredients and mix.