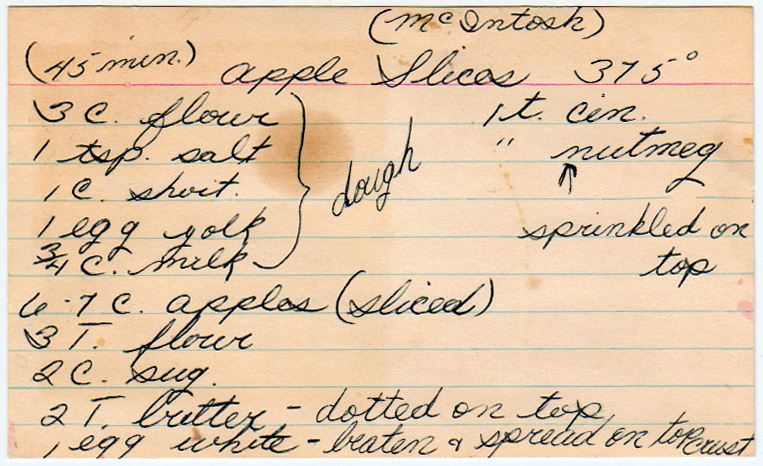 About as regional as recipes get.

What can I tell you about apple slices (and I’ve seen it in both the plural and singular to refer to a single tray, but I’ll go with the singular for this discussion). In essence, these are large, pan-sized apple pies, except the crust is softer rather than flakier. They generally tend to be made only in places with long periods of cold weather.

Why this is the case, I’m not sure, but here’s a theory. McIntosh apples themselves thrive in cold weather and are prized in apple pies for their balance of sweet and tart. Additionally, the longer a McIntosh apple stays on the tree, the sweeter it gets.

If you follow this recipe exactly and use apples that are too sweet, it would be absolutely repulsive. People who complain, “This recipe has too much sugar!” about apple pie recipes are usually wrong–their apples have too much sugar.