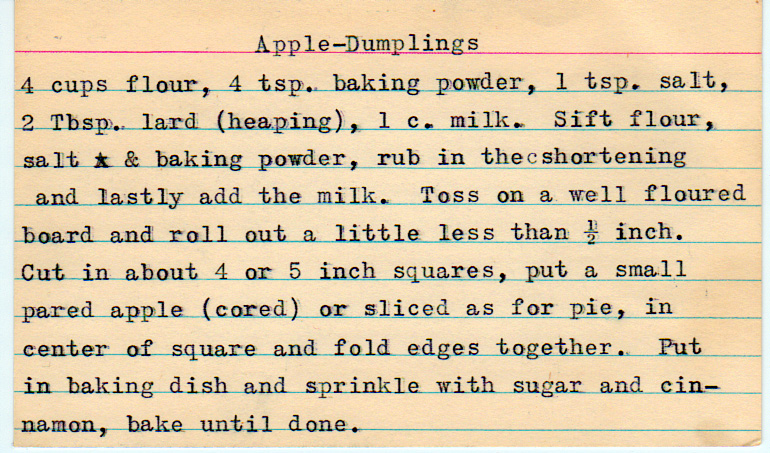 The second of two recipes in this box for Apple Dumplings. The first is here.

Oddly enough, the recipes aren’t mutually exclusive; this focuses on the apples and pie crust, and the other focuses on a syrup to pour over the dumplings. So although they can stand alone, they can be allies in apple-flavored deliciousness.

Sift flour, salt and baking powder, rub in the shortening, and lastly add the milk. Toss on a well-floured board and roll out a little less than 1/2 inch [thick].

Cut in about 4 or 5 inch squares, put a small pared apple (cored) or sliced as for pie, in center of square and fold edges together. Put in baking dish and sprinkle with sugar and cinnamon, bake until done.