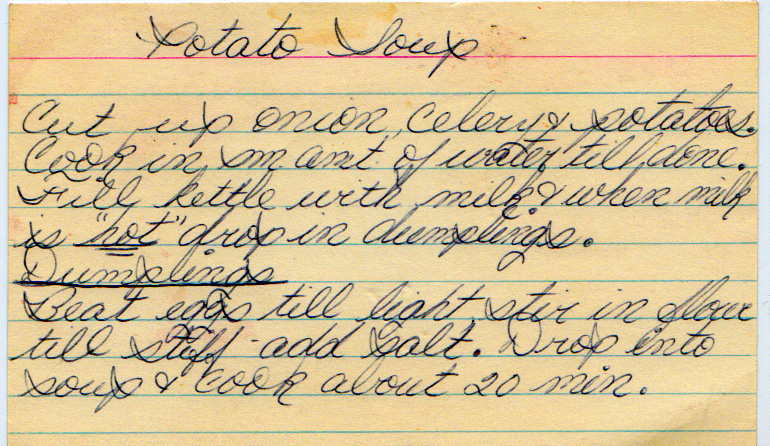 This is an old school recipe, and one that defies exact measurement. The problem is flour and humidity; you want to achieve the right texture for the dumplings so that they leaven by the heat acting on air pockets in the egg alone, but you can’t give a measurement for that, because the moisture in the air and in the flour will change from time to time.

So ultimately, this recipe is about touch. I’ll do my best to give you a starting point, but you’re going to have to learn what a dumpling dough feels like: somewhere between sticky and tacky, and very, very lumpy.

Cut up onion, celery and potatoes. Cook in small amount of water till done.

Fill kettle with milk and when milk is “hot” drop in dumplings.

Beat eggs till light. Stir in flour till stiff. Add salt. Drop into soup and cook about 20 minutes.