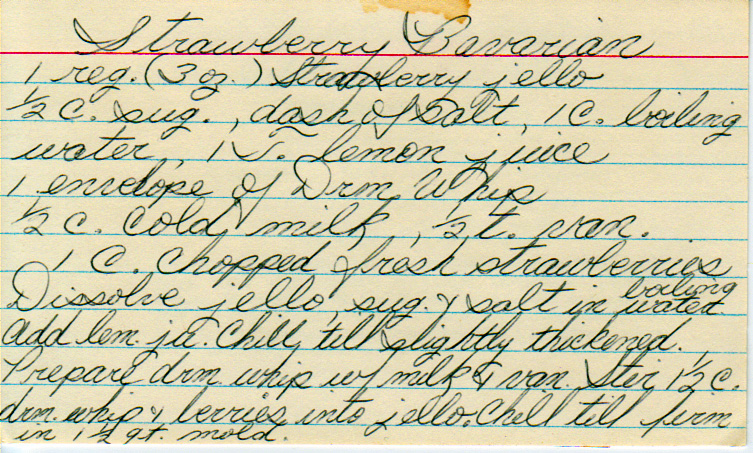 Bavarian? Sort of, I guess. Technically a Bavarian cream is a whipped cream thickened with gelatin. While Jell-o is a fine gelatin product, Dream Whip isn’t exactly whipped cream.

Dream whip is a boxed, powdered product that contains sugars, partially hydrogenated oils, and starches. You add milk and beat it and it turns into a topping that’s a bit like Cool Whip but not quite as stable. (Interestingly enough, until recently, Cool Whip didn’t actually have milk or cream in it; although it it a milk-derived protein; it reformulated in 2010, probably to blunt the effect of Reddi-Whip’s “oil or cream?” ads.)

Let me be very clear about this point–I am not at all opposed to Dream Whip or Cool Whip. I love them both for some things and the convenience is great. But I would say this: whipping actual cream costs half as much. If we were talking about just topping a slice of pie, sure, that’s a lot to go through. But when you’re making a molded dessert, you probably have the time to whip the cream, don’t you?