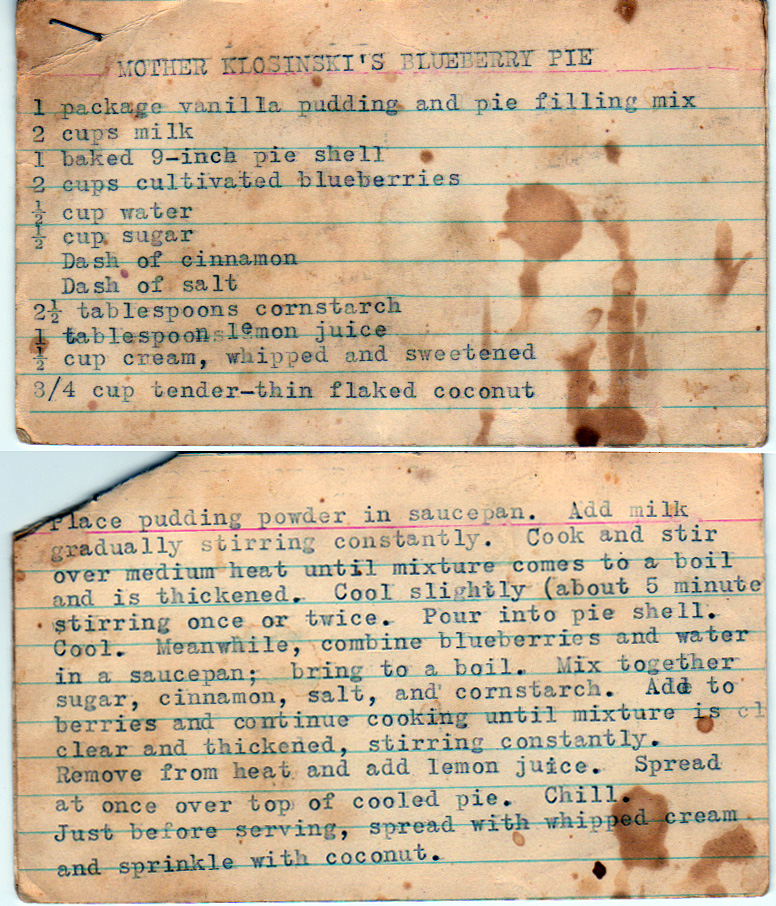 A blueberry-vanilla-coconut pie. Don’t see that too frequently. The treatment of the blueberries here is actually along the lines you’d want to see any fruit get in a fruit pie, where basically they’re being cooked in a simple syrup, except with flavoring added, and using the water and sugar in the blueberries itself to cook them, so as the fruit softens, it shrinks further into its own juices. Grandmother Klosinski didn’t raise no fools.

But you can feel free to choose whatever blueberries you like.

Mother Klosinski’s Blueberry Pie (as written on the card)

Place pudding powder in saucepan. Add milk
gradually stirring constantly. Cook and stir
over medium heat until mixture comes to a boil
and is thickened. Cool slightly (about 5 minutes)
stirring once or twice. Pour into pie shell.
Cool. Meanwhile, combine blueberries and water
in a saucepan; bring to a boil. Mix together
sugar, cinnamon, salt, and cornstarch. Add to
berries and continue cooking until mixture is
clear and thickened, stirring constantly.
Remove from heat and add lemon juice. Spread
at once over top of cooled pie. Chill.
Just before serving, spread with whipped cream
and sprinkle with coconut.