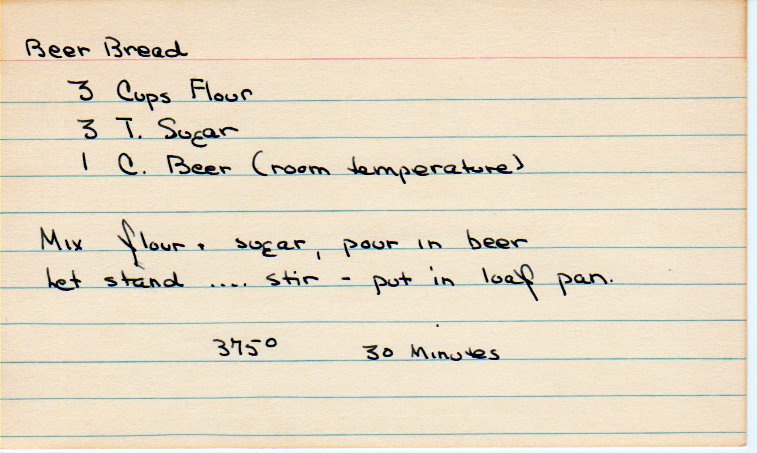 While yeast is used in the process of making beer, most commercial brewers filter the yeast out before bottling. If your beer brand isn’t known for its sediment, well, there’s not going to be yeast in it sufficient to make bread. Thus, without self-rising flour, you’ll make a dense, unleavened loaf with this. That said, once you are using self-rising flour, there’s no benefit to letting it sit for too long.

Self-rising flours in the U.S. are a mixture of wheat flour, double-acting baking powder, and salt. The double-acting baking powder (which is itself a mixture of baking soda, an acidifying agent and a drying agent) leavens twice–once in the presence of moisture and again in the presence of heat. So giving it a minute after mixing will let the first stage kick in before putting it in the oven and letting the heat take over.

Yesterdish suggestion: Use self-rising flour for this recipe, unless what you’re really trying to make is a beer brick.