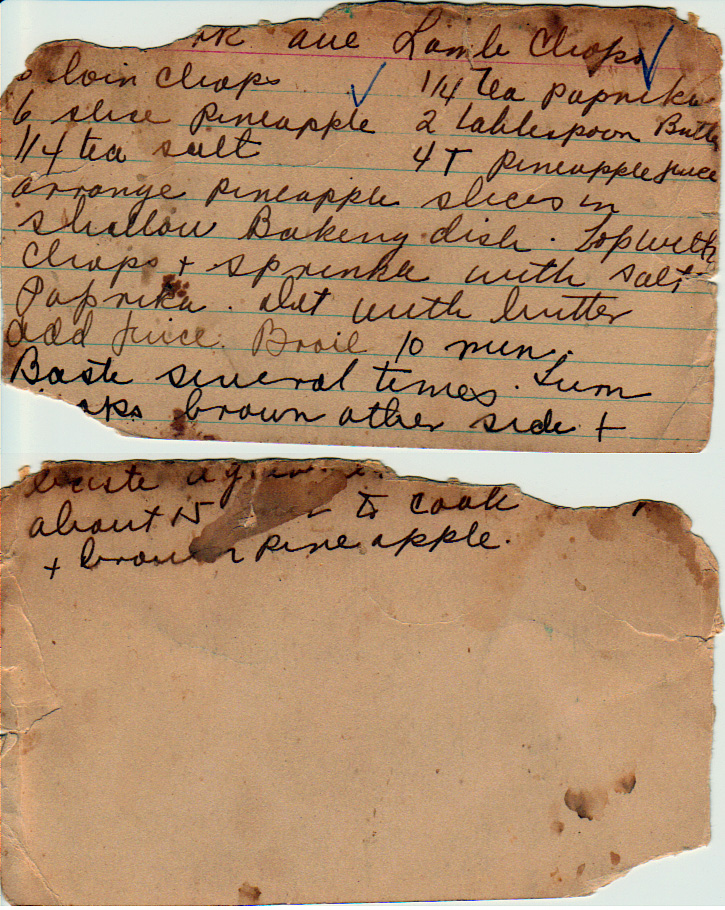 This recipe came to San Antonio by way of Schnectady.

The older, more deteriorated cards in this box seem to date to the 1930s. Searching for the ingredients eventually led to the Feb. 10, 1933 edition of the Schnectady (New York) Gazette. With help from that, the reconstructed recipe:

This only leaves the question: why Park Avenue? There doesn’t seem to be a direct connection, but there is another pineapple recipe with the same name: the Park Avenue Cocktail is a gin cocktail made with pineapple juice mentioned in 1930’s “The Art of Drinking.” There doesn’t seem to be any logic to either name except that pineapples, in 1930, were a luxury item. Curiously enough, the Great Depression, combined with the fact that it takes two years for a pineapple to reach maturity, resulted in the price of pineapples dipping in the 1930s, making them accessible beyond Park Avenue, all to way to… say… Schnectady.