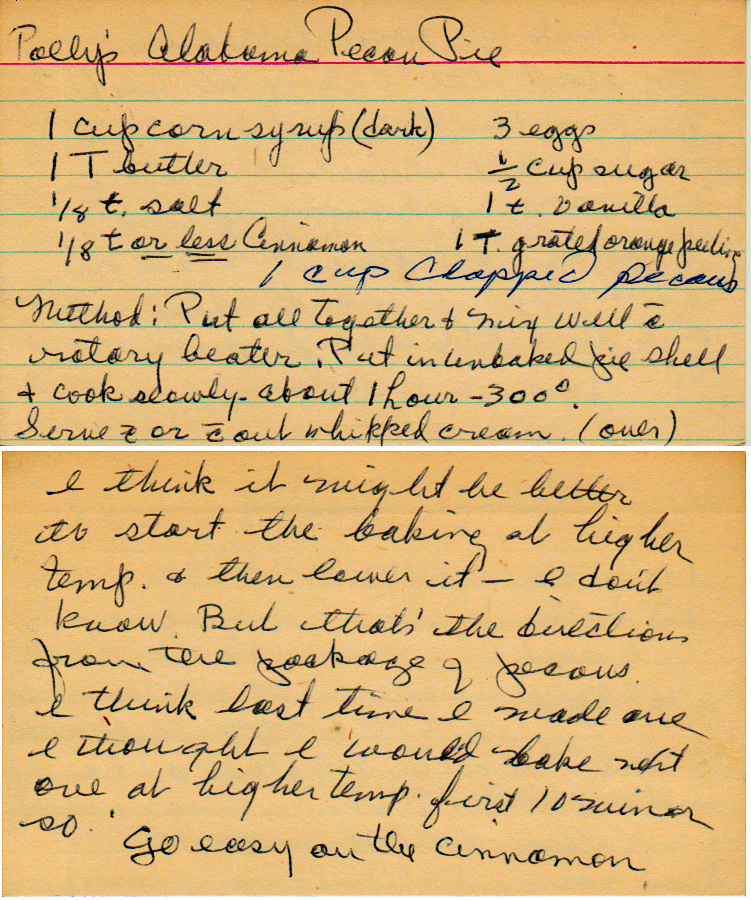 I’m starting to get the feeling people didn’t approve of the amount of cinnamon.

Method: Put all together and mix well with rotary beater. Put in unbaked pie shell and cook slowly. About 1 hour — 300 deg.

Serve with or without whipped cream. (over)

I think it might be better to start the baking at higher temp and then lower it. I don’t know. But that’s the directions from the package of pecans. I think last time I made one I thought I would bake next one at higher temp first ten minutes or so.

Go easy on the cinnamon.