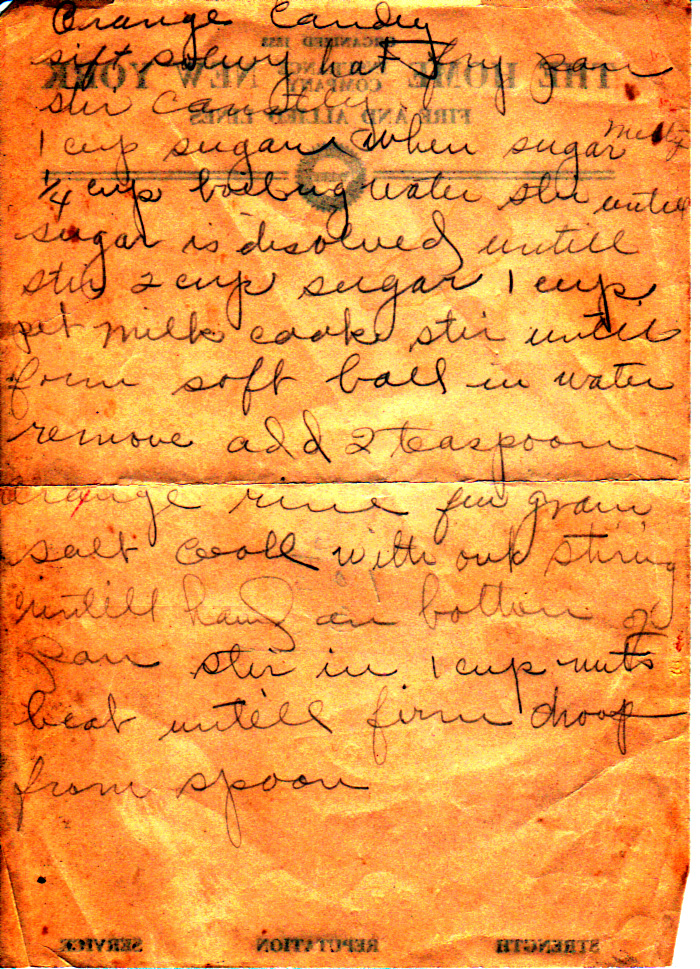 This recipe was written in pencil and it needed a lot of love to save it.

If the colors strike you as odd, that’s because I messed with the levels. The real recipe with original contrast is to the left. I think I managed to translate most of what’s there, though. Condensed for space:

This recipe appears to correspond with recipes for Dulces de Naranja, a candy common to a number of countries in Central America and the Caribbean. As I understand it–and this is outside my expertise–typically the term naranjas is used to refer to bitter oranges. So the candies are probably somewhat sweeter when made with domestic oranges.

So this recipe, translated into a set of actual steps you could follow, filling in blanks with assumptions from Dulces de Naranja:

From the box of S.H. of Marshall, Missouri.