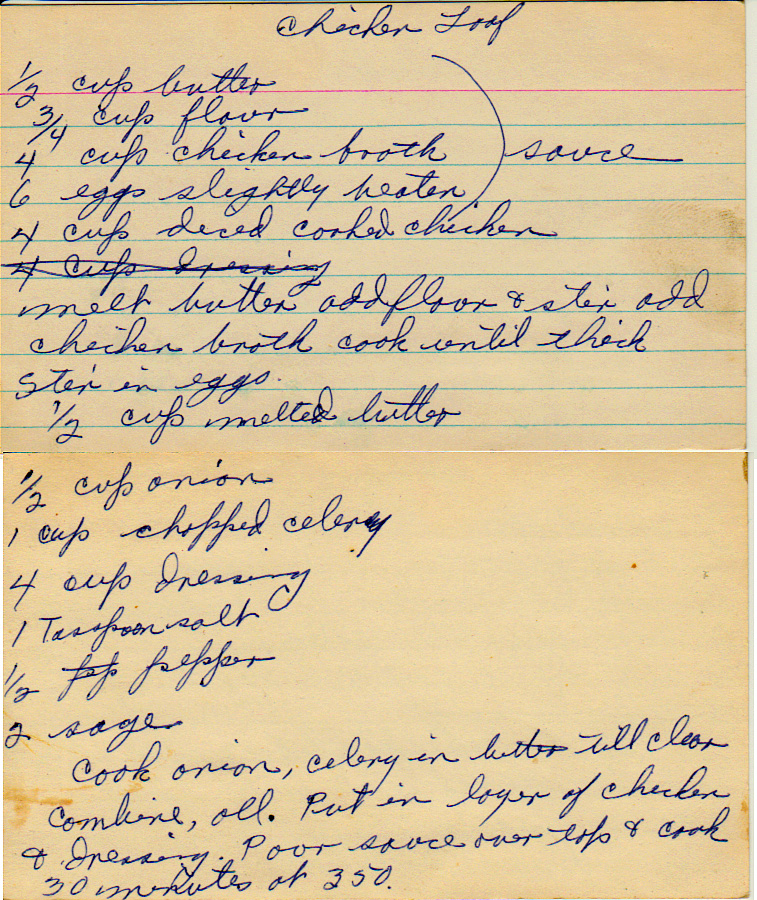 Sometimes more than one card had the same recipe on it. This is 1 of 2 cards with the recipe “chicken loaf.”

This recipe is tormenting me. I see a lot of chicken loaf recipes but none that quite resemble this. The sauce alone… that’s a ton of roux to thicken four cups of broth. It’s gonna be pretty thick. Roux-thickened stock is a veloute sauce, and it’s not unheard of to thicken a veloute further with eggs and cream; but you can’t boil the sauce after the eggs are added or you’ll scramble them. If you put this sauce in the oven for 30 minutes at 350, the eggs will do exactly that. If the sauce is absorbed by the dressing, it would be a structural element halfway between a meatloaf and a casserole. But the dressing is presumably cooked because the chicken is pre-cooked and the recipe looks to be a way to use leftovers (if you cook a whole chicken with dressing, you’ll have meat, dressing, and bones for the broth).

From the box of S.J. from Portland, Oregon.